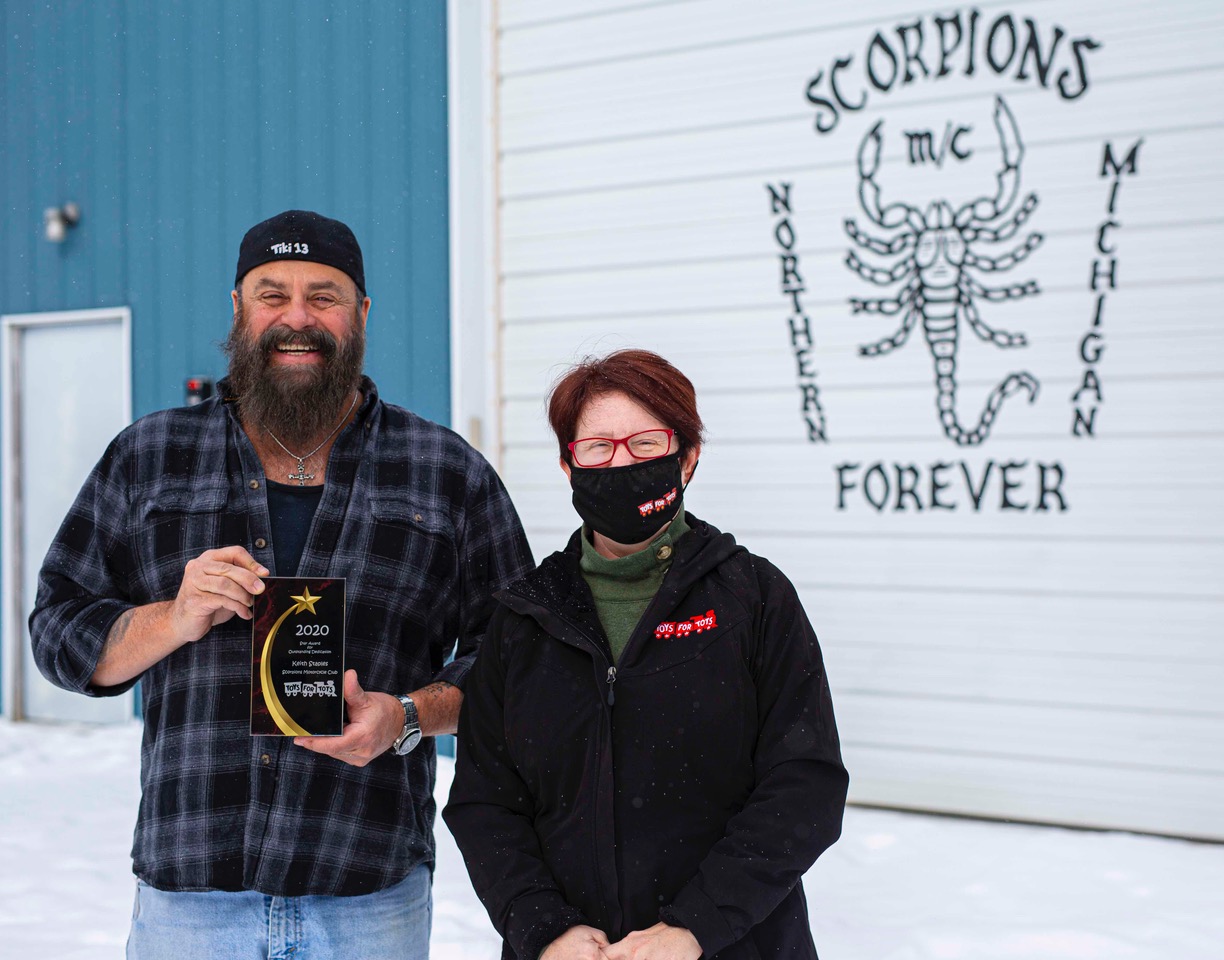 Three volunteers were recently presented with the Toys for Tots of Northwest Michigan Star Awards for their outstanding 2020 contribution to the annual Christmas toy drive.

The Star award is presented to one person who works within the organizing committee and a second person who works outside of the committee. A Junior Star Award was also presented to a young person who has been actively involved in the campaign. The 2020 awards were presented to Jennifer Miller of Bill Marsh Auto, Keith Staples from the Scorpions Motorcycle Club, and 11-year old Sarah Sheeran (Share-In). Miller was given the award for numerous years of working within the committee. Miller has actively worked on event planning, fundraising activities, and marketing for Toys for Tots. Staples (fin the feature photo) was honored for organizing an annual toy gathering motorcycle ride for many years through the motorcycle club he helps lead. Sheeran, a student at Grand Traverse Area Catholic Schools, has been involved with Toys for Tots since she was three-years old. Every year she has assisted with toy gathering events and regularly helps with sorting toys. This is only the second time a Junior Star Award has been given by Toys for Tots. 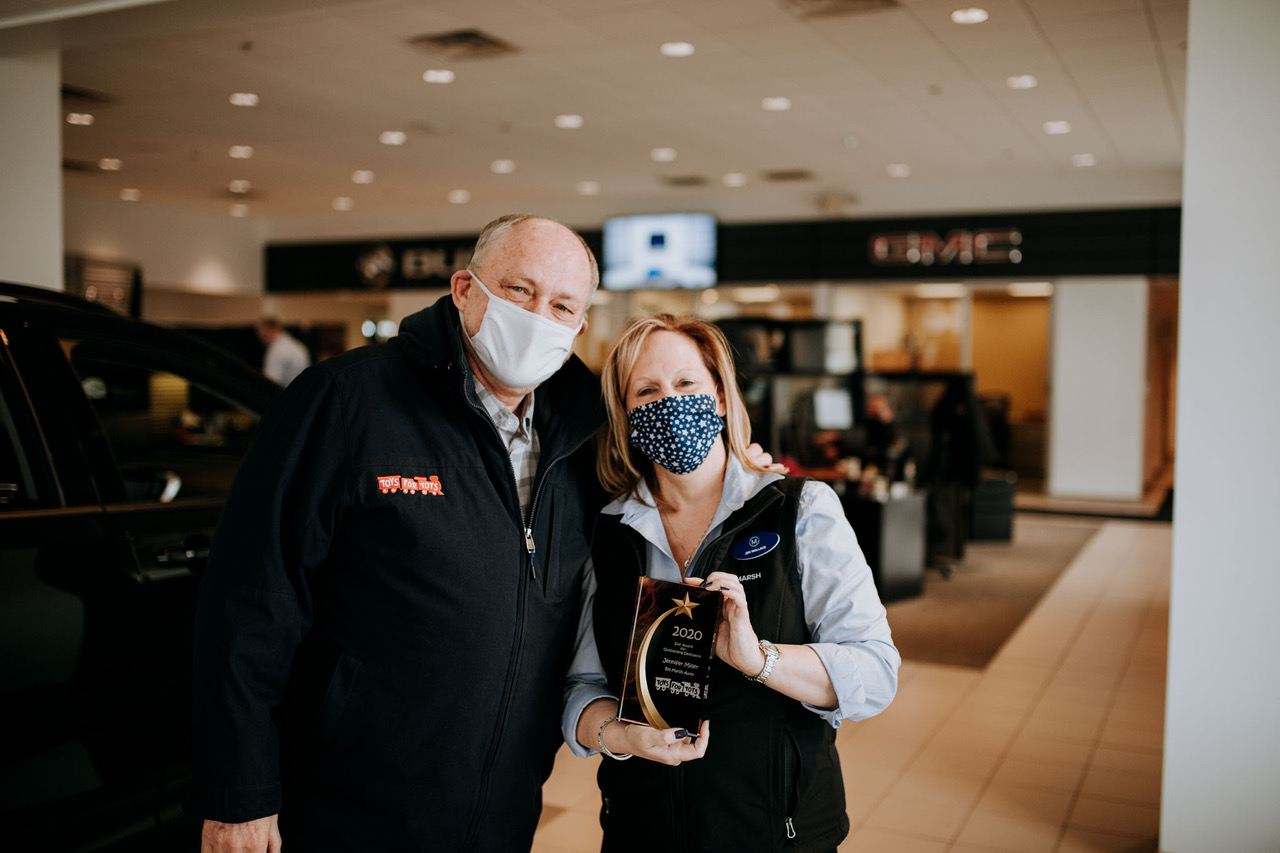 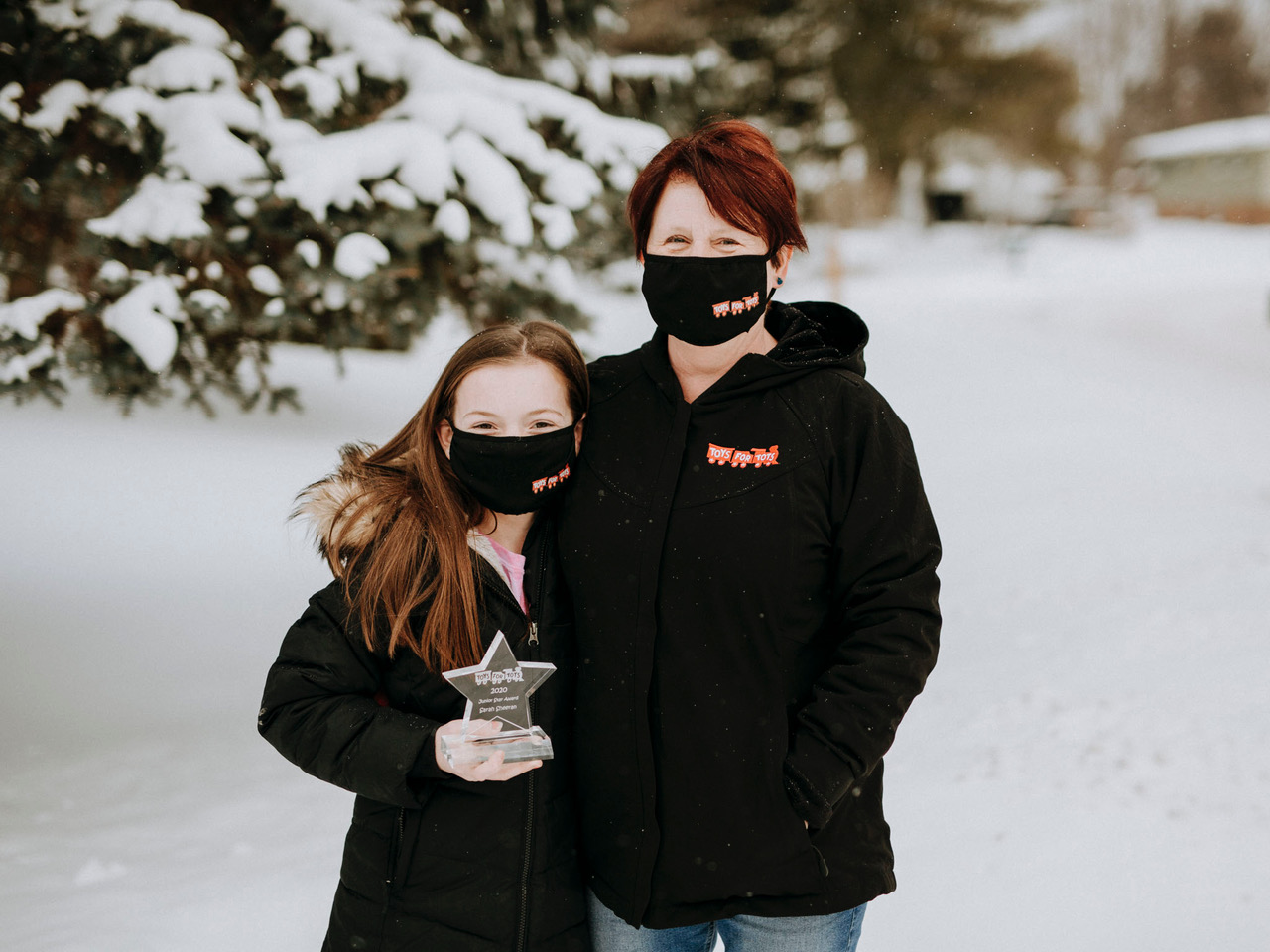 “The enthusiasm of our volunteers is remarkable,” said Toys for Tots coordinator Maggie Kent. “They become very passionate about helping to make sure that Christmas is special for everyone in the region.”

In the past, the awards were presented during a thank you dinner for volunteers, but the event was canceled due to COVID-19. Instead, the awards were handed directly to the recipients by campaign organizers.

Kent said despite the challenges of the pandemic, the toy campaign was a tremendous success. Final numbers reported to the national Toys For Tots Foundation show that over 32,000 toys were distributed in 2020, which represents a 26-percent increase from the previous year. More than 6,000 children were served with the toy program in the five-county area served by the campaign. While toy donations were down slightly, cash donations were up a dramatic 134-percent.

“Once again, this community stepped up with amazing generosity,” said Kent. “We were concerned about meeting the needs going into the campaign. That concern disappeared when we saw how much support we received from businesses and individuals.”

Toys for Tots was bolstered by 380 bikes that were collected through the Bikes for Tikes campaign. The bikes program began 19-years ago and, since its start, has distributed over 4,200 bikes.

The toy drive is part of a national campaign that was started 73-years ago by the Marine Corps Reserves.  It is the largest toy collection program in the country with 800 campaigns in all 50 states. 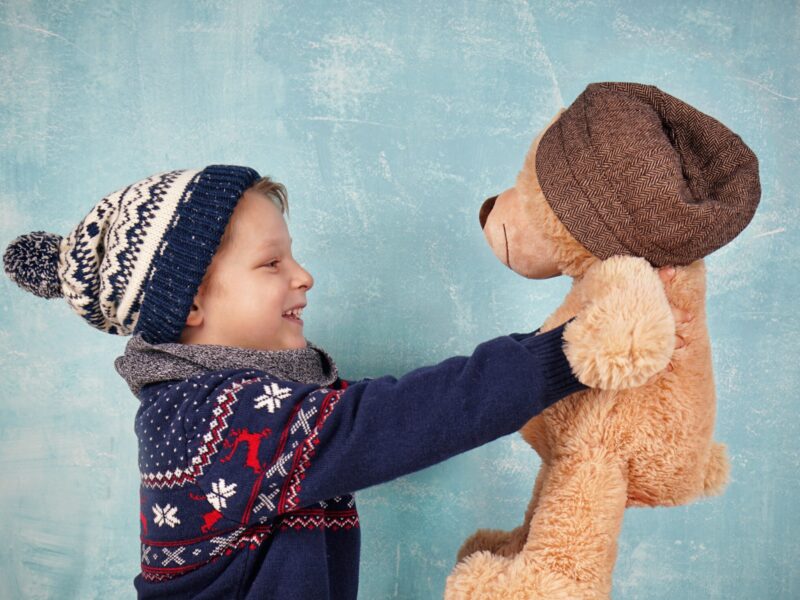